Driving down a familiar road made me think about where I was exactly one year ago. It’s really amazing how much can change in 365 days.

In January of 2018 my heart was shattered. My dear Peanut succumbed to prostate cancer, I was still separated from my husband, and I found myself living back with my folks driving 4 hours a day just to get to work. Everything in life seemed to be regressing instead of moving forward. I found myself at the bottom of a valley. Wasn’t I supposed to be doing better by now? Why did I keep moving backwards? Why did things continue to unravel around me? But God had a plan and His timing is always good.

So there I was, living with my parents, running a marathon on weekdays and spending each weekend in an emotional coma. I was burying myself in books, music and prayer just to get through the day. I didn’t know what road I was on, which direction it led, and who was on it with me. But God knew. In the last 12 months the most extraordinary things have happened to completely transform the trajectory of my life. What a difference a year makes!

Here are just a few of the highlights. 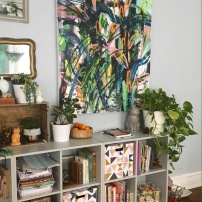 I had always dreamed of owning my own place. A nook that was all mine, to do with as I pleased. No landlord, no lease, just property. A place where I could nest, without restraints, that I knew could be mine for however long I’d like. It’s the American dream after all.

Despite the horrendous 4 hour commute, living with my parents afforded me the one thing I could never seem to gather up: a down payment. No matter how much I penny pinched over the years it was just never enough. But living back home gave me the financial space I needed to get my affairs in order, read up on the process, and then finally dive in. And that’s how in March of 2018 I became a first time homeowner.

We now live in a gorgeous vintage condo in Evanston on the shores of Lake Michigan. Literally on the lakefront. I can hear the waves crashing as I sit here and type. We are in a quiet nook with a beautiful park on one side of the block and a beach on the other. We have ample parking, amenities at our finger tips, and neighbors so sweet they can give you cavities. We often feel like we’re living in a vacation resort or perhaps even dreaming. And who would have guessed one year ago that we’d be living in this amazing place!? God knew.

Summer: So You Think You’re a Spring Chicken 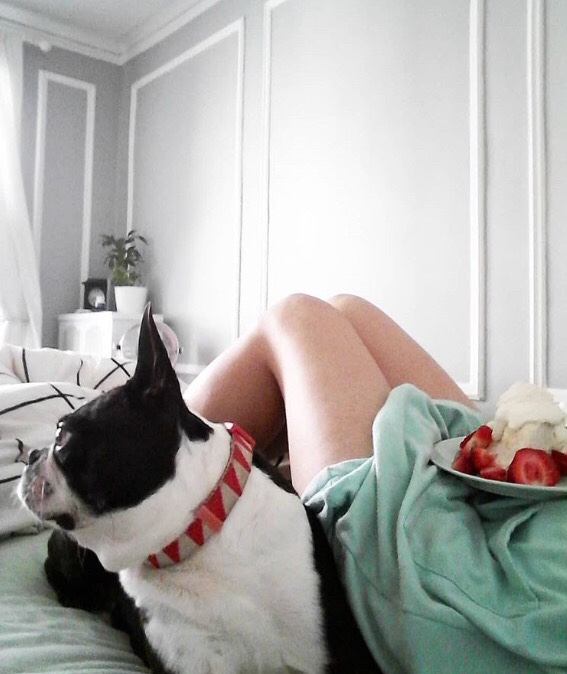 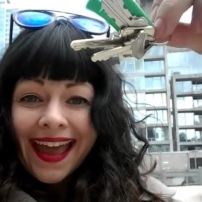 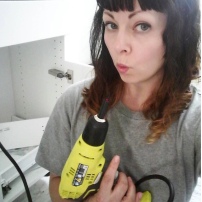 I wouldn’t describe myself as old, but let’s face it, my body can’t do the same things it used to. And when I say same things I mean mundane tasks, like bending down, lifting and twisting, and hard core manual labor. So perhaps I should have known better than to push my limits during my DIY kitchen renovation. Those Home and Garden shows make it look so easy. And so does my dad. So after 2 months of moving, gutting, installing and decorating, my body gave out. Kaput. I bent down one day and couldn’t straighten back up. I was in excruciating pain, losing consciousness, and paralyzed from my chest down. What in the world?!

Why on earth is this a highlight of 2018? Let me explain.

I spent a day in the hospital, a week on bed rest, 6 weeks with limited mobility, and 3 months of physical therapy. A multitude of tests, including an MRI, discovered that I had a herniated disc, spinal infection, and a cyst at the base of my spine. Lovely. Tangent: Are you familiar with how MRIs work? Your electrons are temporarily polarized. Seriously, go look it up! Science is awesome.

Anyway. Getting those kind of test results is kind of freaky. But you know what? Though I was scared, I didn’t panic. After the journey of the last couple of years I knew better than to go into full alarm mode. “God’s got this.” And then, on top of learning that my resolve was stronger than I had realized, another amazing thing happened: I fell in love again.

Being bound to a bed for a week, with a toddler in the home, is an adventure, but one that’s not quite as frightening when your beau swoops in and saves the day. David and I were not living together at this point, but he dropped everything to come and tend to me, August, and my household. He took care of me, from head to toe, and with such tender affection that I found myself feeling butterflies I didn’t know were still there. I never stopped loving him, and we were already in the process of reconciling, but something about that week made me fall deeper in love than ever before. Sigh. Imagine: He’s cooking, cleaning, taking you to the ER, picking up your prescriptions, wiping your bottom, bathing you, and catching you while fainting…it’s like a true Victorian romance. Except I didn’t die of consumption. Turns out the cyst is benign, I don’t have a spinal infection, I do have a herniated disc (which is a-okay when compared to the other options!). Who’d have thought? God knew. And now I’m madly in love to top things off! Which brings me to… 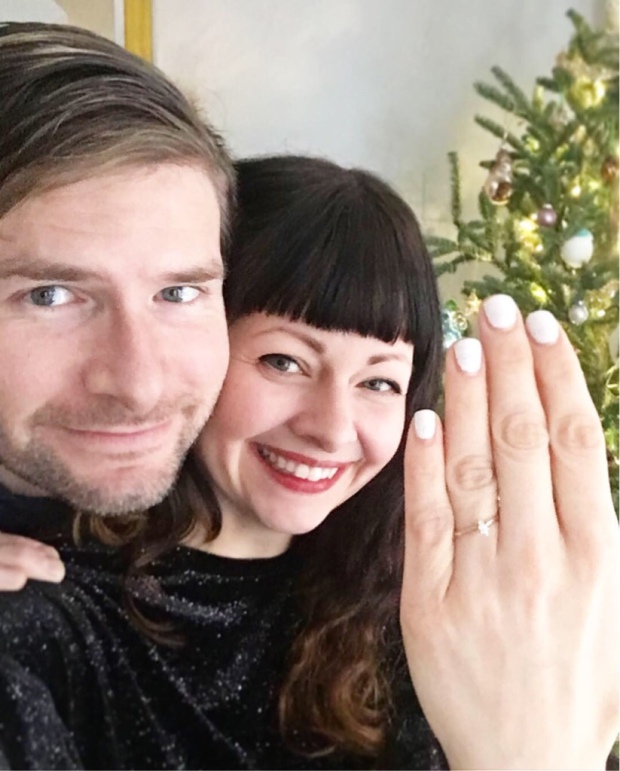 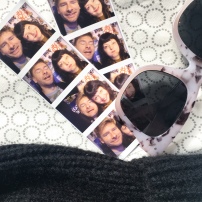 Just over two years ago my marriage imploded. Suddenly, sharply, and without warning. I shared parts of the story here. After our formal separation I became a single mom and embarked on a journey that would change my life forever. Day by day my character was being refined in ways I never imagined. I was an incredibly independent, stubborn and prideful (ouch!) person. Walking this path softened my edges. I learned to accept help from others. I began to treasure relationships I had previously taken for granted. I became more patient, empathetic, and slower to speak and judge. While I was learning to be kinder a miraculous thing happened. I found that someone else was changing too: David.

In the winter of 2017 sparks were flying and there was a glimmer of hope for our marriage. Many many months later we would find ourselves officially dating again, in counseling, and on a path to restore our family. And all that hard work has paid off. We’ve learned more about ourselves, and each other, than we ever thought possible. Drawing back the curtain has allowed us to openly address our flaws, offer forgiveness, and lay a stronger foundation for our relationship. We love and appreciate each other like never before. Truly! And even though we were technically still married over these last 2 years we’ve decided to start from scratch. We want a complete do over. So David proposed. A full on down on his knees “Will you marry me?” proposal. Swoon. And, of course, I said “Yes!” A marriage restored, see? Who would have known?! God knew.

As I look back at 2018 I am filled with overflowing gratitude. I would never have imagined that I’d have so much to celebrate in such a short period of time. I’m so thankful to my parents for opening their home to me for a season. It can’t be easy to go from empty nesting to having a strong willed adult child moving in with her toddler, dog, cat and foster bird in tow. I’m also grateful to my friends who helped me keep my head above water though some dark times and to my church family for letting me serve, worship, pray and seek their wisdom and support over and over again. And, of course, I’m thankful for David for embarking on this journey with me for a second time.

I am overflowing with joy and thanksgiving for all the amazing things God has accomplished in the last 365 days. 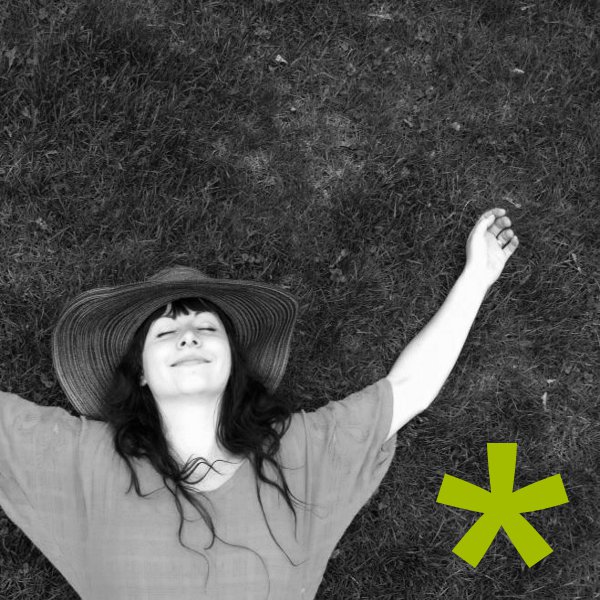